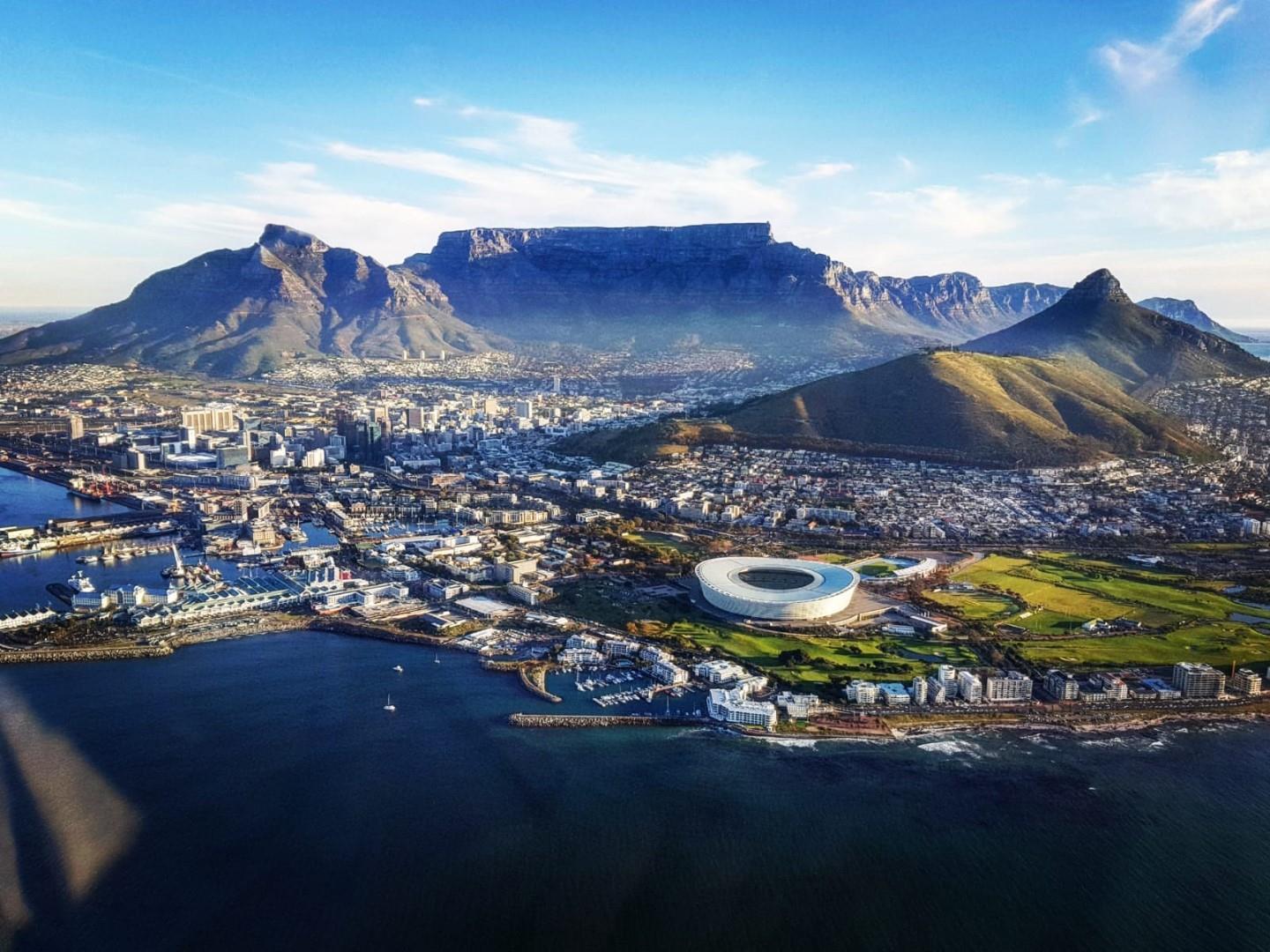 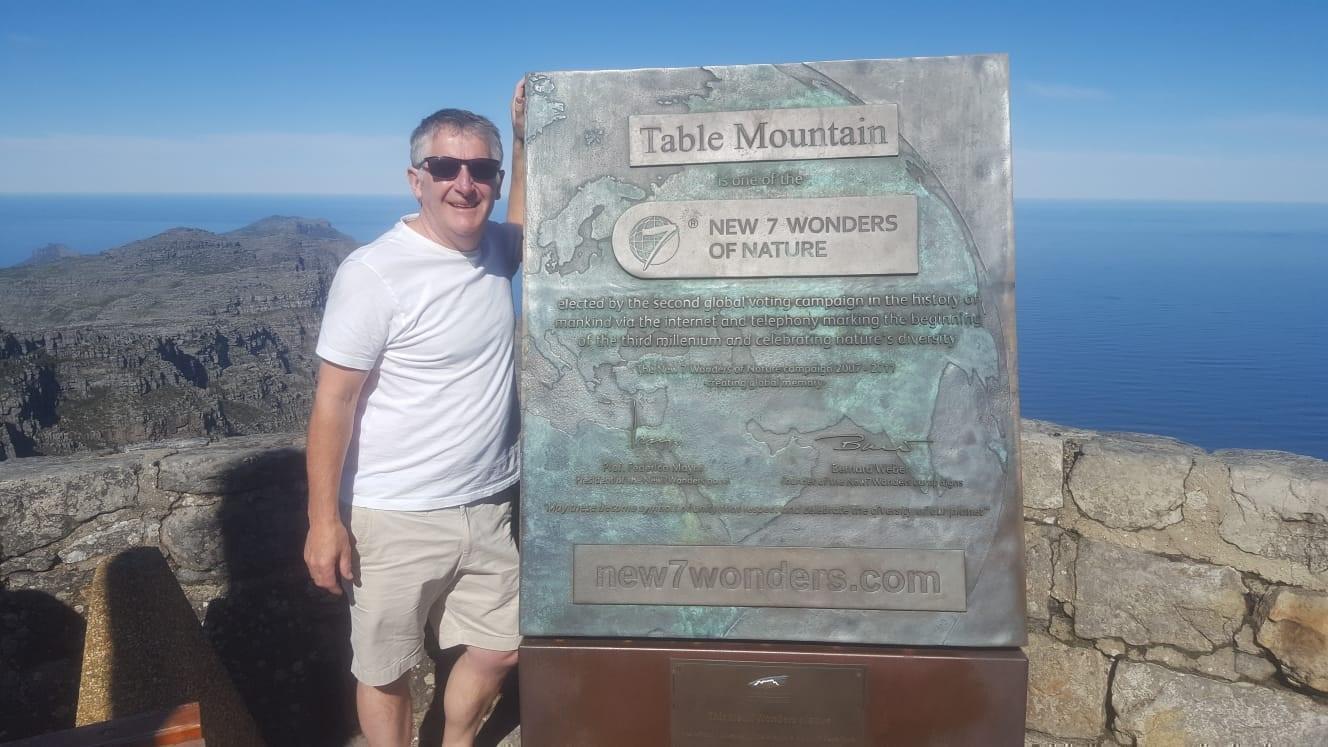 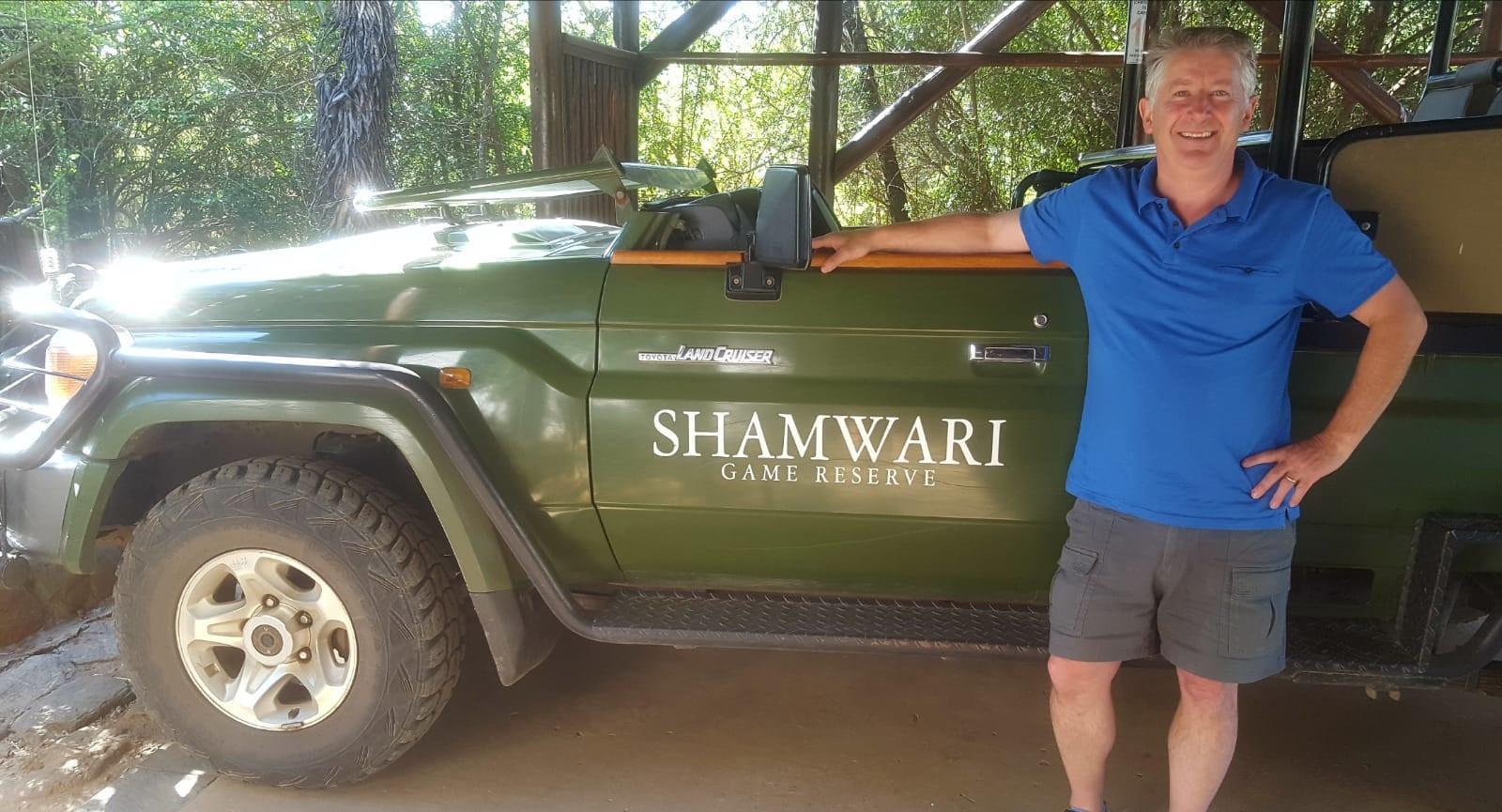 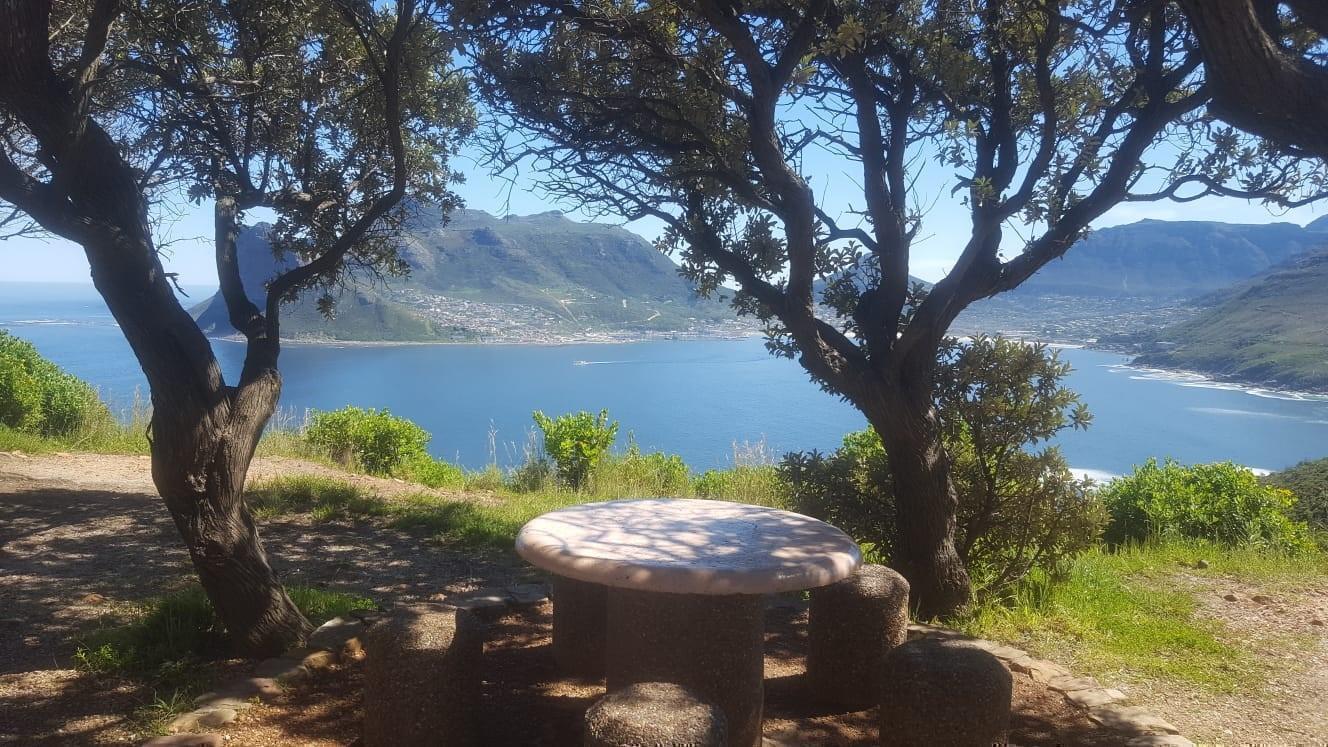 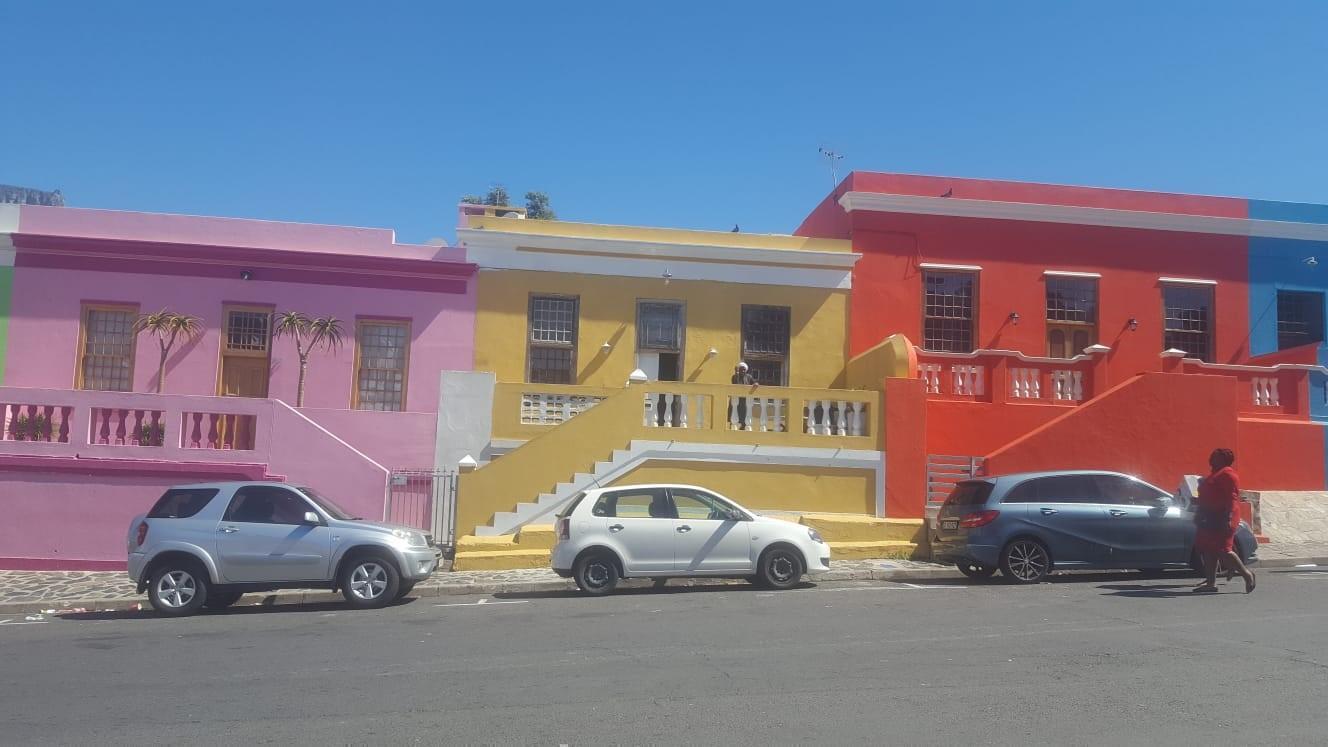 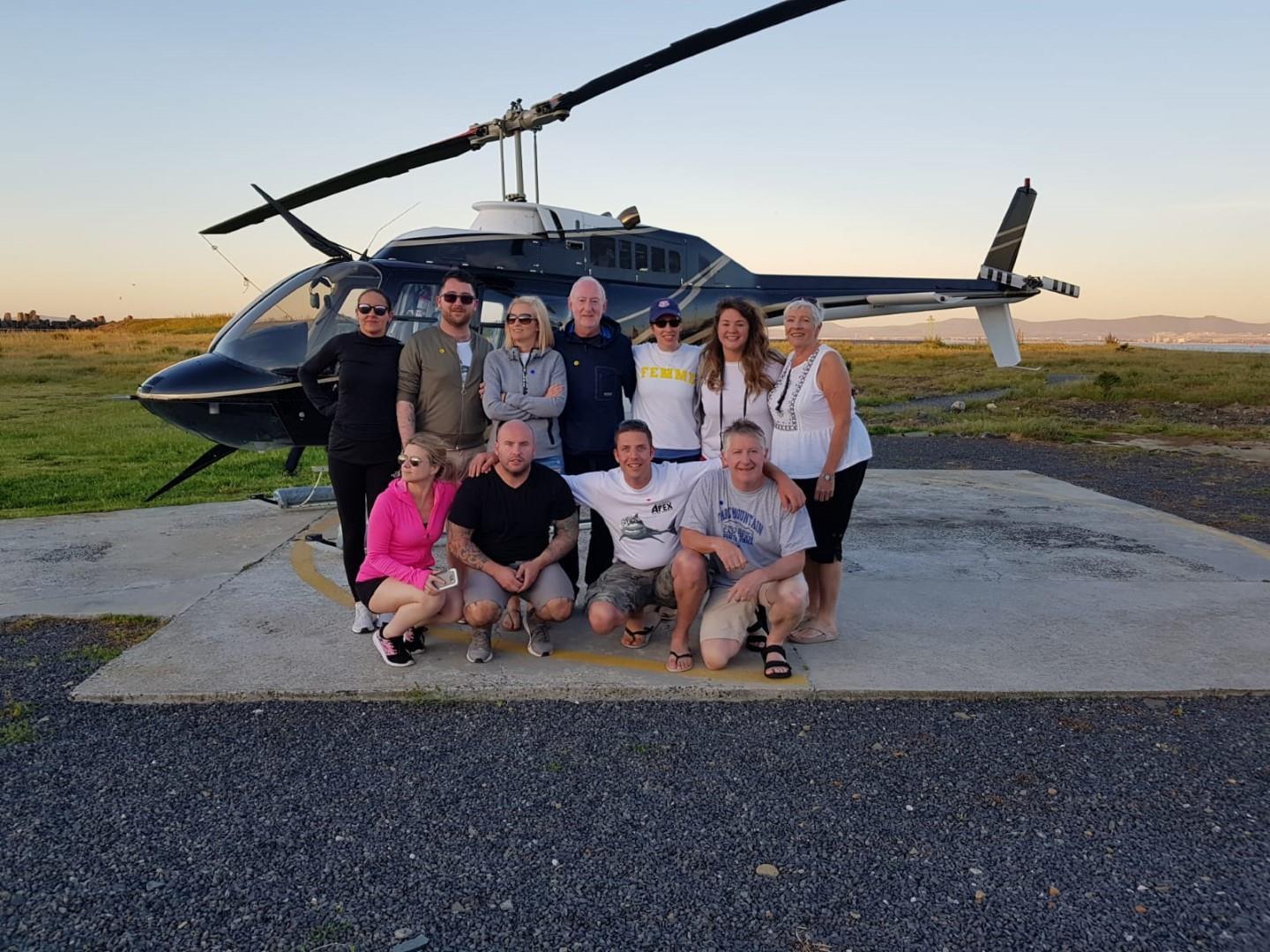 My South African Adventure began in Johannesburg. Our small group cycled around the sprawling Soweto Township in the company of local guide Marvin from Lebo’s Soweto Backpackers. What a place! We took in Vilakazi Street, the only street in the world which has been home to two Noble Peace Prize Winners - Nelson Mandela & Archbishop Desmond Tutu. Then off to the nearby ‘Orlando Towers’ for ‘The Big Drop’ – like a bungee jump but with a net instead of a bungee-cable.... not for the faint hearted.

We flew south to Port Elizabeth on the coast and drove one hour to the luxurious 5* Long Lee Manor at Shamwari Private Game Reserve. Classy or what? We shared a memorable lunch overlooking the Edwardian style manor house, pool & gardens, then headed into the reserve on our afternoon game drive - one of those unforgettable experiences of a lifetime. Two open-top jeeps and our eagle-eyed rangers who could spot wildlife, where all we could see was trees and shrub! We encountered some of the ‘big five’; elephant, rhino and buffalo - and there were herds of zebra, groups of antelope, springbok, warthogs, Kudu and small family groups of the ever-graceful giraffe. We stumbled upon a sleeping male lion who woke and roared at us - but the wily leopard remained elusive throughout.

Game drives are scheduled in the late afternoon and early morning when the animals are most active and it’s a fantastic experience as our excited group seemed to bond with repeated animal sightings. We rounded off a great evening in the bush with G&Ts at sunset and headed back to Long Lee with night falling. Later we enjoyed a superb dinner in the Manor house, naturally accompanied by fine South African red wine!

After our morning game drive, we visited the other Shamwari guest lodges on the reserve and took afternoon tea! We visited the Julie Ward Center in the Born Free Big Cat Sanctuary which draws attention to the plight of wild cats, confined in impoverished captive environments throughout the world.

Next morning, we flew to Cape Town, a beautiful city crowned by magnificent Table Mountain National Park and we hit the ground running by visiting the bustling neighbourhood Market at the Old Biscuit Mill in the Woodstock area. Check it out on Saturday mornings. We followed it up with a walking tour of the colourful Bo Kaap neighbourhood, with its vividly painted low-roofed houses, many of them historic monuments, strung along narrow cobbled streets, it's one of the most photographed sections of the city. Initially a garrison for soldiers in the mid-18th century, this area of town was where freed slaves started to settle after emancipation in the 1830s.

We took the cable car up on top of Table Mountain and soaked up the spectacular views. Then we drove towards Cape Point via the scenic Chapman’s Peak Drive. The Cape Point Nature Reserve {also referred to as the Cape of Storms or the Cape of Good Hope} is the south-western tip of the African continent. The reserve is bound by the cold waters of the Atlantic to the west and the warm waters of False Bay to the east. The area offers great opportunities for sea kayaking and a close-up with the famous penguins of Boulders Beach near Simons Town. The highlight of the entire trip was a spectacular Helicopter ride over Cape Town & Table Mountain. Absolutely amazing. It costs about €95 per person but when the visibility is good it’s well worth it.

South Africa is famous for its wine and a trip to the Cape Winelands is a great experience. There are numerous towns and villages to choose from, but my favourite was Franschhoek situated in a lovely valley. Most vineyards have visitor centres with shops and restaurants hosting wine-tastings in the morning and afternoon. We bought a few bottles and took lunch at Richard Branson’s estate at Mont Rochelle. As you do!

The final leg of the trip took us South again to the seaside town of Hermanus, famous for its whale-watching. Our hotel, the 5* Marine was literally on the cliff path, overlooking breath-taking Walker Bay offering the finest land-based whale watching in the world. We were practically able to see the whales in the Bay from the comfort of our bedrooms! Whale season is only from mid-July to mid-November each year, with September the best time. I would definitely recommend South Africa for a holiday, particularly between September and March (their Spring, Summer, Autumn).

It’s a country that offers huge diversity, stunning scenery and great value for money due to the strength of the Euro versus the Rand. They drive on the left; car hire is cheap, and the signs are all in English.

Top Tip: Pre-book your tickets for Table Mountain and get there extra early, there’s always a queue. And hey, bring a camera! 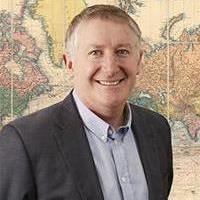