Your Travel Counsellor is: Karen Pugh 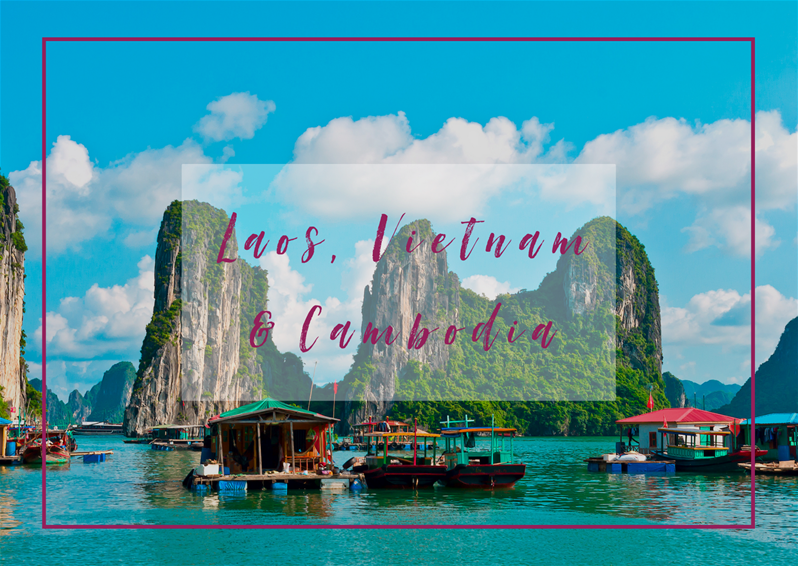 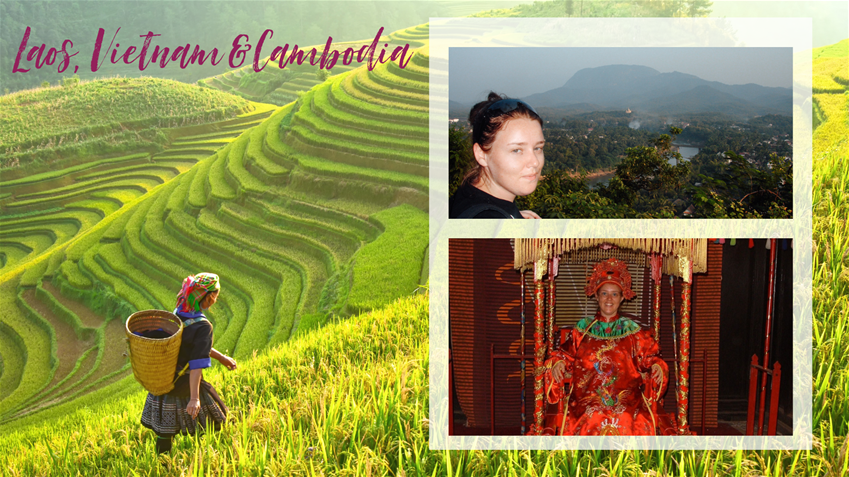 One of my favourite trips of all time - the Indochina Loop! We boarded our long boat in northern Thailand for a trip down the Mekong River (which stretches from China to the south of Vietnam) stopping at the tiny riverside village of Pakbeng (which barely had electricity at the time)! The journey was relatively comfortable and with kids playing along the river banks and a rural pace of life we truly were in a different world. The following morning we boarded the boat again and it was onwards to Luang Prabang and WOW this UNESCO World Heritage town in Laos blew me away. The incredible temples where we watched saffron-clad monks chanting, the cycling around the Laotian countryside, marvelling at the intricate temples and the Pak Ou Caves, splashing around the pretty Kuang Si waterfalls, enjoying the romantic views from Phousi Hill and the French influence, this is one of the most enchanting towns to visit in Asia.

Our next stop was the small tourist town of Vang Vieng. Famous for it’s tubing along the river at the time and it's party scene, this has since (and not surprisingly!) been curbed by the local government, the area is beautiful though. We went on to the capital Vientiane for a short stay before we took our flight to Hanoi.

Where to start with Vietnam, much like ourselves a country that punches above its weight! The recent history, it’s place in cinema and the food make you feel like you know what to expect yet you are still in for a culture shock. My biggest regret is we didn’t have nearly enough time and if you really want to see the highlights you need about 3 weeks, we only had 2! We started in Hanoi, this busy city of mopeds and jump off point to the famed UNESCO World Heritage Site, Halong Bay. After Hanoi we took the relatively comfortable overnight train to the centre, home of Hue and Hoi An. We had a magnificent time here, exploring the demilitarised zone, cycling through rice paddy fields and in the former imperial capital, we even got to dress up as Emperor and Empress. We needed some beach time and chose Nha Trang a fairly busy beach town. There are more laid back options but this suited perfectly and we had some downtime on the beach before a typhoon hit which was quite intense! Then it was to Ho Chi Minh City where we toured the Cu Chi Tunnels which were beyond fascinating, you can’t help but admire the ingenuity against the American war machine of the time. The War Remnants museum is a must even if it is harrowing. We took a day trip to the Mekong Delta which I loved . We were really feeling that Apocalypse Now scenery on our boat trip complete with conical hats in tiny canoes on the Mekong and I still think about the best local speciality, Keo Dua - a kind of coconut toffee.

We said bye to Vietnam and took the half day bus to over the Cambodian border to the capital, Phnom Penh where recent history looms large and the tours of the city’s sights relating to the Khmer Rouge’s genocidal regime are gut-wrenching. For this reason I found Phnom Penh a little difficult to deal with. Of course PP has incredible architecture and a thriving restaurant and luxury hotels popping up all the time as Phnom Penhois try to move from the past. Cambodia also has more laid back, less developed beach destinations than it’s towering neighbour Thailand.

Our last stop before we headed back to Bangkok and on to Singapore was one of South East Asia’s iconic sights - Angkor Wat. The city of temples was built in the year 1112 and said to be the largest religious monument in the world, it really was spectacular.

South East Asia will always have a place in my heart and if you’re thinking of a trip don’t hesitate to give me a call - I’d be delighted to help, I could chat about Asia all day long!